I saw this event floating around on Facebook and I managed to get on the guest list. My friend Maria joined me for a night of makeup, pictures, light bites, and cocktails! It was tons of fun! Here are some pictures I took last night. 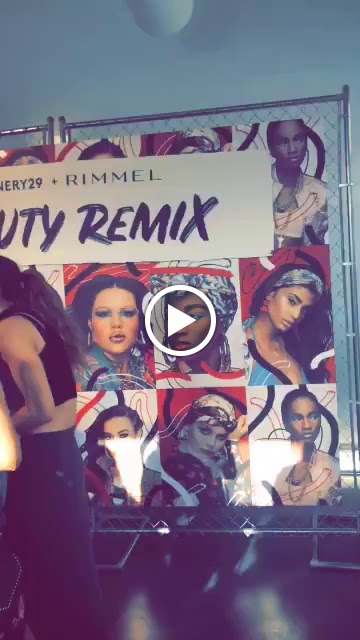 There was an artist decorating bags they gave us at a table upon entering. I was going to ask her to doodle on my bag, but I assumed her hand was probably tired after all the bags she was drawing on. I received a lip gloss and a mascara in my bag. 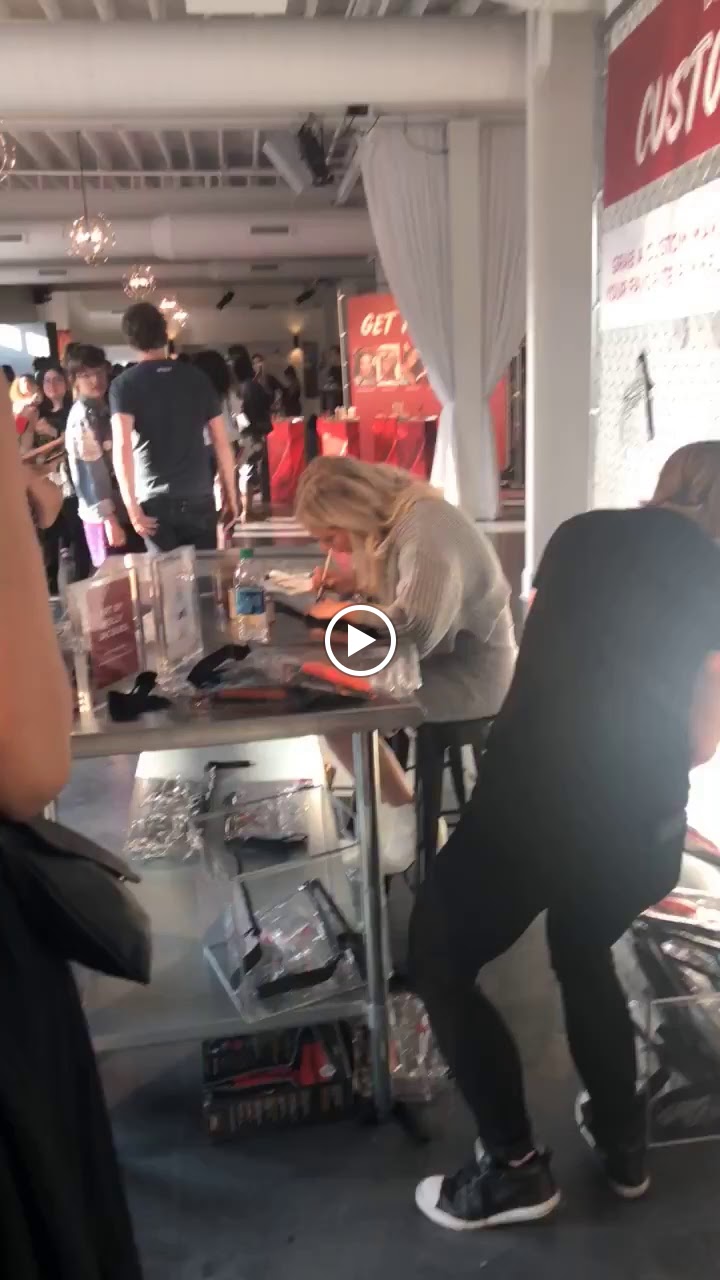 They had three areas where you could take pictures with a background! They were all vibrant and they had a urban theme to them! The appetizers were interesting. I tried something seafood related in a little cone. There was watermelon with some sort of cheese on it and some beef on top of toast. 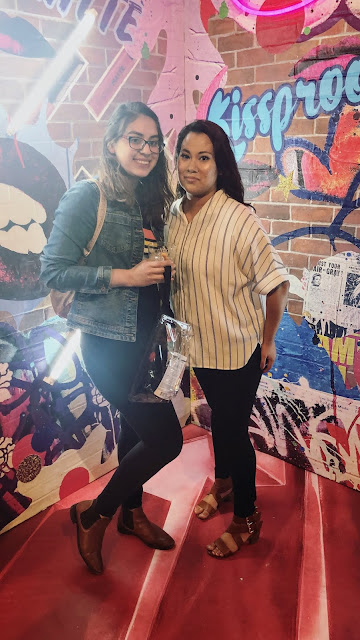 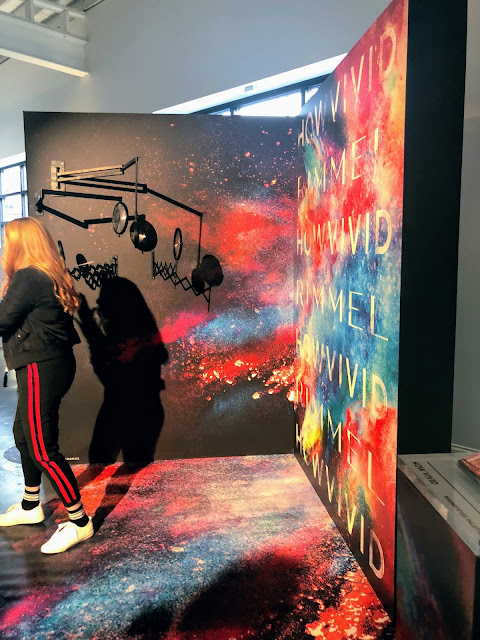 The pictures came out pretty cool for anybody that took a picture here due to the magnifying glasses! 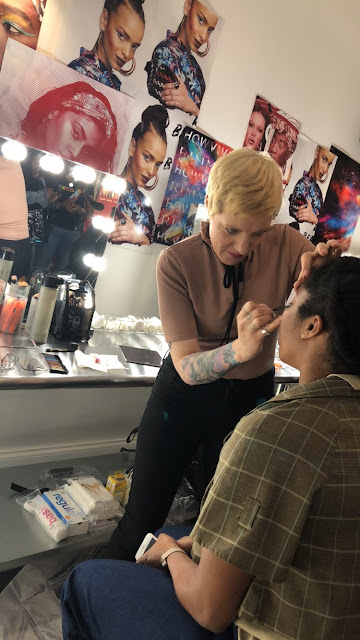 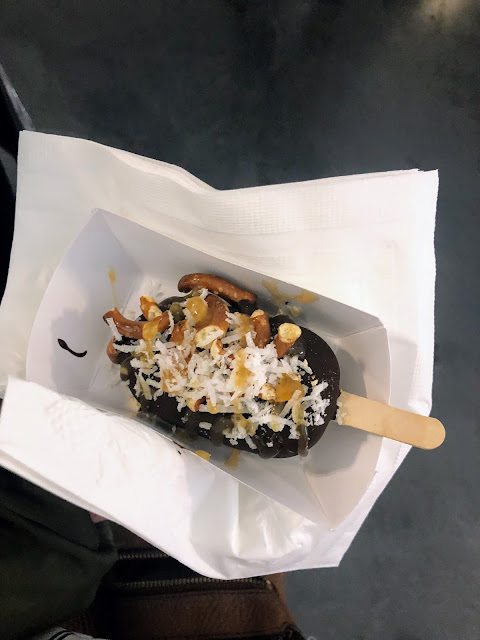 Pretzels on ice cream is so good! I was tempted to get in line for another one, but opted for another cocktail instead. 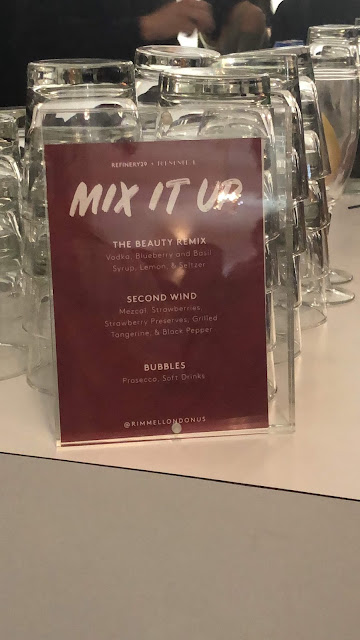 I love this purple liquid lipstick the makeup artist applied on me! I believe it's in the shade "Midnight." It's Rimmel's Stay Matte Lip Liquid.

I also received one of their contour sticks. I'm going to play around with the goodies and then report back! Thank you to Refinery29 & Rimmel London for hosting this event! I definitely had a blast.

Popular posts from this blog 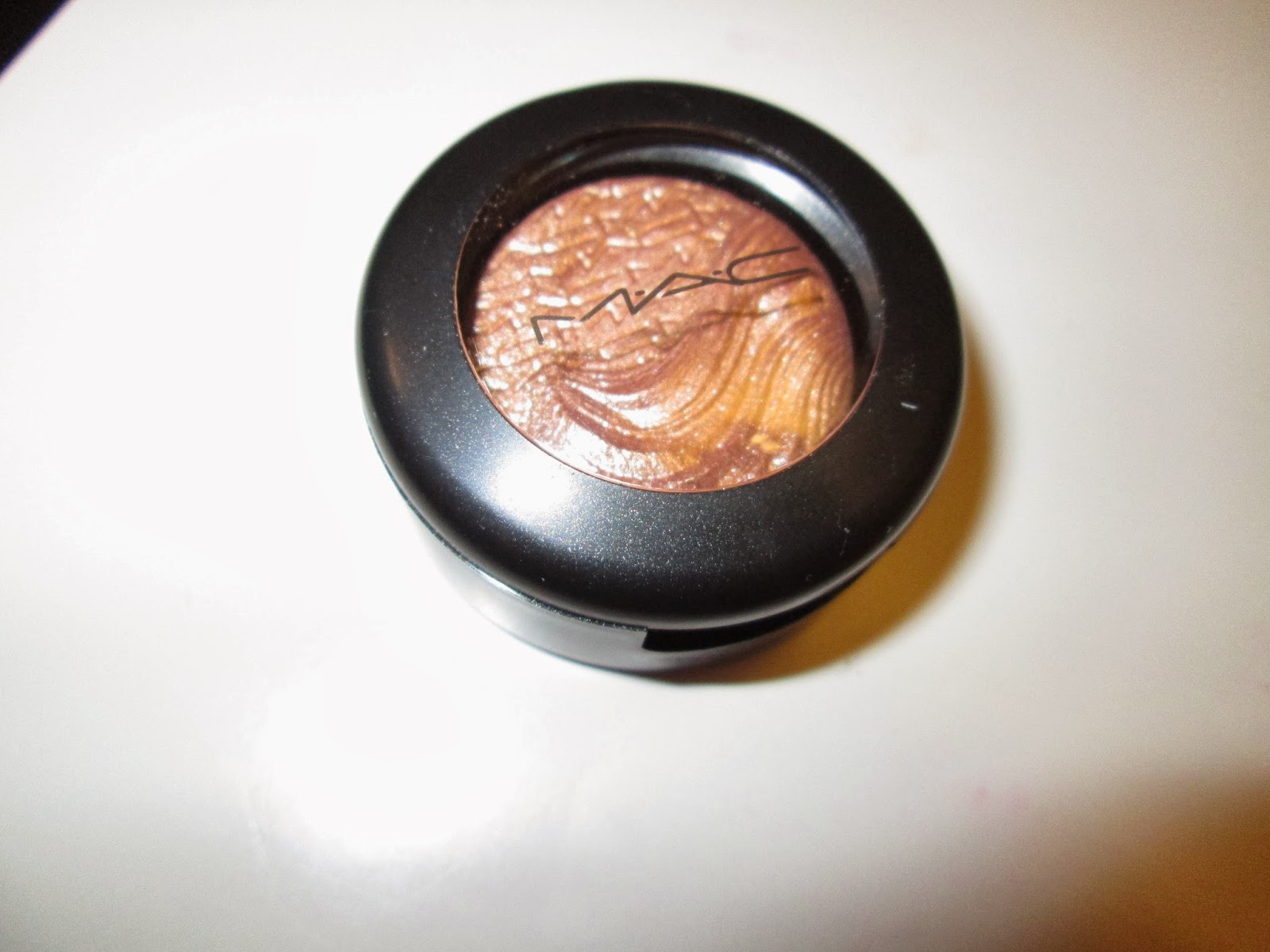 Today, I'll be reviewing this MAC eyeshadow in "Sweet Heat." It is from their Magnetic Nude Collection. It retails for $19.50. I kept seeing swatches for this in the blogging world and Instagram. This eyeshadow is so gorgeous! Sweet Heat had been released in a prior MAC collection. 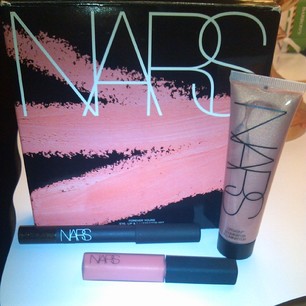 I picked up the NARS Forever Yours Set from Nordstrom Rack. I've been abusing the lip gloss and luminzier lately. This was a steal at $34!  It's currently offered online at Sephora for $49. It is a $65 vaule. It includes an illuminator, shadow pencil, and a lip gloss. 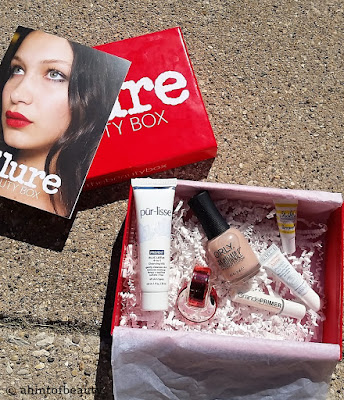 This month's theme for the Allure Beauty Box was beauty multitaskers. The price is $15 a month, but there is a tax charge in some areas I believe. The samples are hand picked by Allure's editors every month. You can sign up here.